Mistress Delicious - Recommended Categories For You 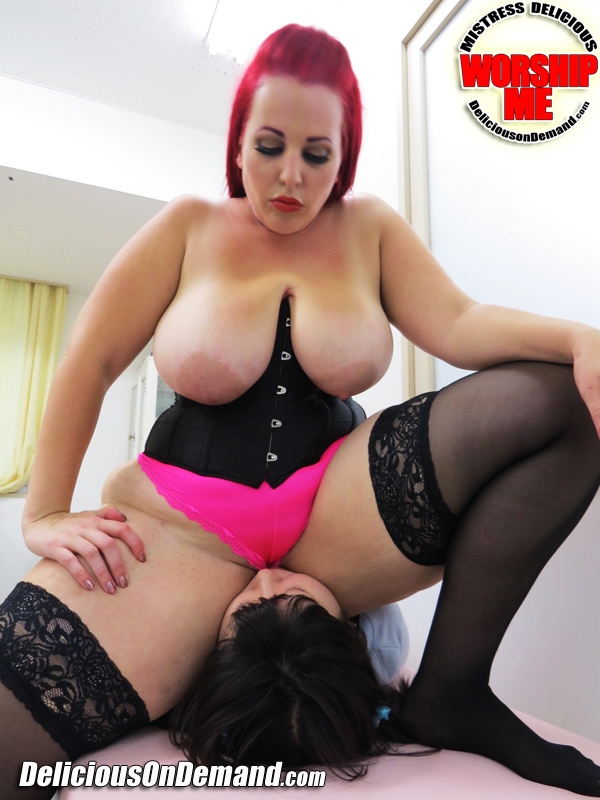 When I first heard about this, and saw the trailers for it I pictured a series along the lines of The Lives and loves of a She Devil, not the case, it's a story of food and relationships, loves present and past.

Dawn French is always an advert for good television, and as always she does not disappoint. Emilia Fox plays the wronged wife beautifully, such a beautiful, talented actress, always good to see her in something away from Silent Witness.

Well produced, light hearted, nice music, and a strong cast make for enjoyable viewing. Sky 1 isn't always associated with making first class British drama, but I think Delicious shows that when they do it, they do it well.

Not exactly a gourmet meal, but a sweet treat nonetheless. Was this review helpful? Sign in to vote. With that cast and location should have been so much more.

The acting I found mostly good and i'm interested in the food industry so another plus for me. Cornwall is beautiful and the filming is good if a little pedestrian, Lots of scope for dramatic framing and stylish camera-work.

Reminds me of a daytime soap with very obvious plot lines delivered in a simple fashion. Great techniques for a younger audience, but given the content this was meant for a more mature audience.

Overall we enjoyed watching it and would recommend it for easy viewing. Great photo shots of food and scenery. Good acting. Good writing. Great break from predictable drama filled with action scenes stuck into simply dumb down.

Series one was most enjoyable. Well written and acted with beautiful photography. We are looking forward to series two. Well, it was cheesy, melodramatic, and insanely shallow.

There were more twists and turns than a twisty turny thing. But after binge-watching all eight episodes, I did rather enjoy it!

Despite the ludicrous soap-opera dramatics, the soft-focus direction, and the annoying narration from a dead bloke the characters were interesting to watch and fun to follow.

The beautiful local scenery was unfortunately underplayed here and we only get to see occasional glimpses of the fairy-tale English countryside.

It was as if a Jane Eyre book had been rewritten by school kids But despite all the silliness, I don't regret watching it. This is one of those programs that I would normally love to rain hate on - but in the end, it was a rather charming and fluffy tale of truth and lies Dawn French is probably a bit past playing bedroom scenes by now, but here she is anyway, candles glowing and legs akimbo!

If you set aside ANY expectation of realism and common sense, there's still enough left on the screen to make this pretty good fun.

The series definitely has it's shortcomings, and yes, you don't need a narrator every episode, even less one that died episodes ago.

Some decisions the main characters make it seem anticlimactic and even the dialogue sometimes appears off. If you never visited Cornwall, this show will put it first on your wishlist of places to see in England.

It features great music, creating great ambiance with each frame. Couple that with tons of mouthwatering shots of food and it becomes one of the most delectable series to watch for a relaxing weekend.

I found it paired extremely well with a glass of white wine. Yes, it's easy going and slightly predictable, but most definitely watchable. I tried the first of series one as it was on PBS and promised a decently experienced cast and a possibly promising context.

But oh dear Were some of these scenes supposed to be amusing? Or was the aimlessness an attempt at revealing the domestic problems as something typical yet tragic or whatever?

The whole thing struck me as a 'meh, who cares? Other cast members did what they could but there was just no spark or catchy through plot line to tempt me.

After about 20 minutes I still couldn't get a fix on it and decided I didn't want to bother Not the best investment of PBS dollars perhaps.

The starter was very disappointing. Potentially good ingredients failed to blend well, and it became a chore to chew my way through to the end of the first course.

In fact, I ended up with indigestion. I'll forgo the mains, the dessert and the cheese courses, and go to another restaurant. This soapy tale is gorgeously mounted, has a cast of proved veterans and sexy young newcomers, and it never builds steam.

Endless voice-overs by Glen stop momentum cold, as the emotional rise is being described. Twists are terrible and played out as if the audience are stupid.

Ruairi O'Connor brings interest, but the script and direction chicken out on what could be intense and searing. Tanya Reynolds is saddled with a character so burdened with quirkiness allergic to water, anorexic, depressed, misanthropic , that by the time the BIG SECRET of her existence is revealed, it's anticlimactic.

What a shame and what a waste. SnoopyStyle 9 August Leo Vincent is a celebrated chef in Cornwall. His hotel, The Penrose, is a food destination and the main attraction in the area.

He stole his Sicilian cooking from his ex-wife Gina Benelli and claims it as his own invention. Their daughter Teresa can't eat, is allergic to water, and needs an abortion.

His second wife Sam manages his hotel although she suspects the younger manager working under her is his new mistress.

In reality, he's sleeping with Gina. They're throwing a party for Leo and Sam's son Michael's 18th birthday. Sam discovers the affair and confronts him.

Leo dies and leaves it all to Sam but the estate is secretly in heavy debt. Unknown to them, Leo had put the hotel in Gina's name for tax purposes.

Michael has a crush on Teresa. It's a family drama. I can't really get to love Gina or Sam. It's hard to really love either of them but together, one does root for them.

Teresa's water allergy is weird and one has a tough time with her as Gina's daughter. They may as well be two different species in their physical appearance.

The biggest road bump is Leo's death. He becomes a ghostly figure and a weak narrator. I'd rather have the drama of him juggling two women.

The show is like the Penrose. It struggles to stay afloat and somehow makes it from episode to episode. Not the worst series going. Relatively light considering it contains so much infidelity and the odd tragedy.

Like Liked by 1 person. Thank you Francis for your feedback — great to hear! So glad you enjoyed it, and I hope you get to try the other recipes this week!

Like Like. Thank you! Lovely recipes, really enjoyed the potatoes with sage and thyme I used fresh from the garden rather than dried always great to have a different potato recipe.

Thank you xx. Have just enjoyed the lemon chilli chicken tonight- absolutely delicious…I have a feeling that this could become a family favourite!

Next on the agenda is spaghetti sauce vierge! I made the Chargrilled chicken last night and I was not disappointed especially with the lemon vinaigrette dressing and Baby Roast Potatoes with Garlic and Rosemary, delicious.

Like Liked by 2 people. Will definitely make it again. I am now looking forward making the Chargrilled chicken.

Well done Menu Mistress for bringing us these lovely menus. Delicious Chicken and Tarragon Pie last night — was hoping for leftovers but not a scrap left!

Have you tried using IG Foodim? Nigella Lawson was promoting it and it looked like something you could use!

Oh yes please, looking forward to the chicken pie! Love the look of the first menu so will try that one first. We have enjoyed both the chilli chicken thighs and the stir fry prawns.

Both were a huge hit with my boys. Thank you for all the help you are giving us, it takes a lot of stress out of thinking what to cook this week.

It was quite a simple dish but quite delicious. All three recipes this week look knockout. Keep on keeping it real! Francis Like Liked by 1 person.

So pleased to hear that you enjoyed it, and it will become a new family favourite! Fresh Like Liked by 1 person.

You will not be disappointed! Ali Like Liked by 1 person. Great to hear that it was a success! Thank you…let me know how the other menus go!